I encountered a few issues earlier today when trying to use the VMWare migration tool to move from a Windows vCenter 6.0 to a VCSA 6.5 appliance.

“If you were monitoring the source vCenter server, during the export process, one would notice that an error pops up while compressing the source data. The error presented is generated from Windows creating an archive (zip file), the error reads: “The compressed (zipped) folder is invalid or corrupted.”. The entire migration process halts until you dismiss this message, with the entire migration ultimately failing (at first it appears to continue, but ultimately fails).”

The fix for this error is centered around removing VMWare update manager before attempting the migration again. Unfortunately, there are two common errors I encountered trying to accomplish that uninstall process —

These errors are fairly cryptic, but you can resolve it by carefully reading the vminst.log file generated by the uninstaller (Located in %temp%). We can see the following lines –

The uninstall process is looking for two things that don’t exist on the local system, a firewall rule and a system DSN (ODBC connector used to connect to the VUM database)

The resolution is as follows – 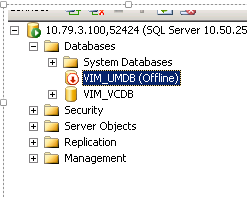 After completing the above steps, re-run the migration wizard and your 6.0 > 6.5 VCSA migration should complete without errors!

An experienced Devops professional, with a background in cloud, networking, security, and infrastructure management at scale.

Current focus and areas of interest is the pursuit of learning to deploy infrastructure solutions in a agile, flexible manner with a focus on Devops and Automated deployment methodology. This includes using PowerShell, Python – and various toolsets to realize the task at hand.